Grillers In The Mist 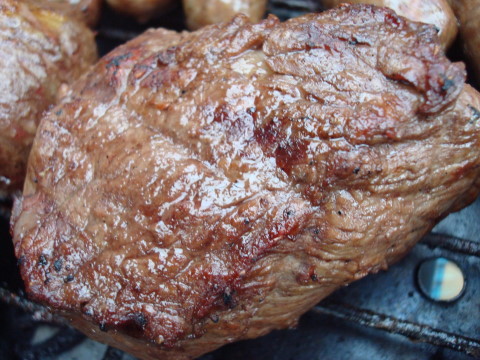 There is something about a barbecue, isn't there? From the strange allure it has over all men, to the inevitable over-ordering of food, via the increased chances of rain, the barbecue casts an undoubted spell. I'm sure someone can throw some psychological light on the subject - man come, make fire, etc., - but that's not important right now. What is important is to say yes when somebody e mails and says would you like some steaks and red wine? Is this  trick question? You do know me, right? What do YOU think? 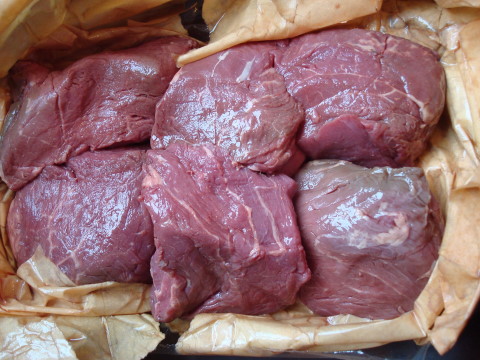 The offer came from the lovely people of Septima, makers of a warm and peppery, dangerously drinkable Malbec, who were offering large chunks of Agentinean beef and bottles of their ruby-coloured elixir in return for a bit of a blogpost and a few Tweets as we were cooking. In other words, it was free meat and booze to do exactly what I would have done anyway. 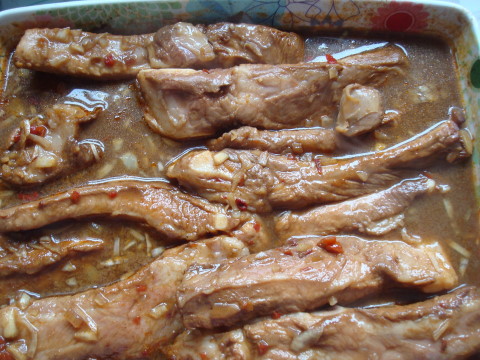 As a flat-dweller, with only limited access to a garden, I decided the grilling would be a little wasted in the normal run of things and so arranged it for a weekend I'd be in Stoke, where Adam and I could enjoy a drink or two, kick start proceedings with some bacon-stuffed oatcakes, put some proper music on, prep a load of food and then borrow his parents' garden for a cook-out. And that's exactly what we did. Obviously the weather didn't play ball - in fact, it slung it down for the best part of 24 hours - so the views of the surrounding countryside were somewhat restricted but the grilling area was sheltered, the Septima warmed and, in fact, the only real difference was we ate inside instead of in the garden. 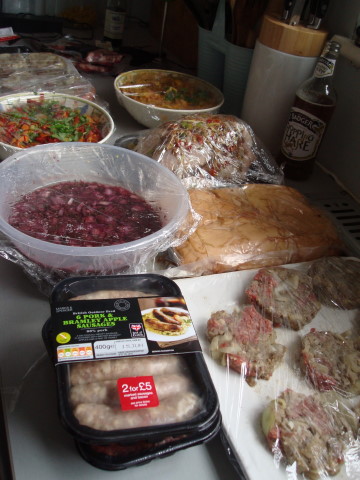 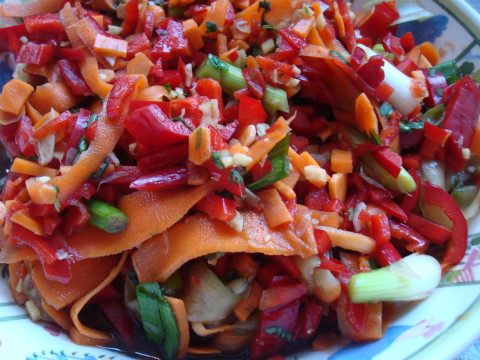 A few days before heading to Stoke, I'd read a line about the true difference between men and women being that men can't cater for small numbers. I was reminded of that as Ad and I stepped back from the kitchen after an afternoon of shopping and prepping. Over there, the beer can chicken. Here a pork loin, happily marinating away in red wine and spices. Besides that, a couple of plates of enormous homemade burgers. Next to them, a couple of packs of sausages, a platter of ribs, a huge bowl of guacamole, a dish of feisty Asian-style coleslaw (cheers Sabrina) and, last but definitely not least, six fist sized lumps of excellent South American cow. "How many are we cooking for again?" I asked. "Eight adults, four kids," came the reply. "Although my mum will have sorted stuff for the kids." Score one then for whoever came up with that above mentioned quote - unless a sensible daily intake involves a massive piece of fillet, a lump of pork tenderloin, three burgers, several slices of chicken, half a pig's worth of ribs and two-and-a-bit sausages per head. 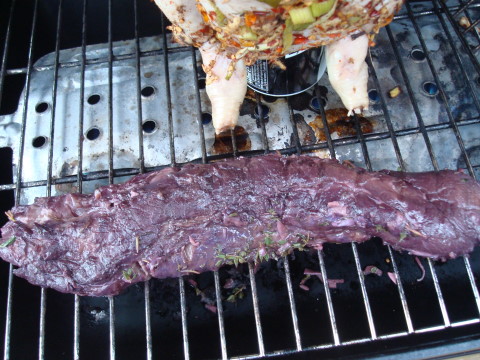 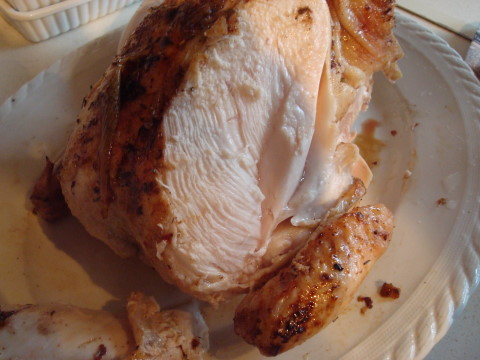 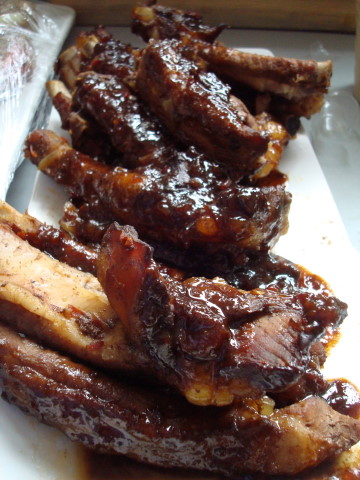 I shall let Ad discuss the joys of his excellent, oh-so-moist beer can chicken - after all, it was his nephews and nieces most likely to be traumatised by the sight of their uncle shoving a can of lager up a chicken's bottom - and I'll get to the tenderloin and Niamh's excellent ribs another time, because the main event - certainly as far as the chaps were concerned - was the steak, and damned fine it was too. 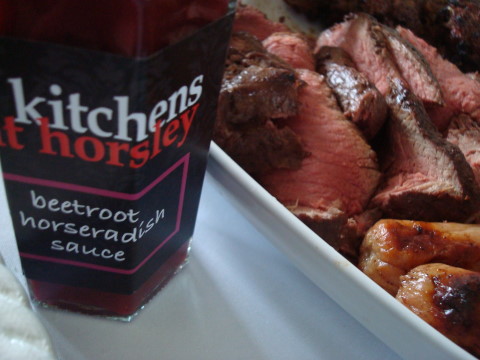 Wet aged, they cooked beautifully for both the requested rare and medium / well, developing a nice, even crust but retaining a soft pink centre, even after 15-20 minutes on the grill. With a few minutes rest, they sliced with ease, and the flavour was excellent, with the beef taste backed up with a delicious hint of iron / slight gaminess. Unsurprisingly, the Malbec - well, the little bit we'd managed to save - was a fine match, ditto the beetroot and horseradish sauce kindly donated by the chaps at The Kitchens at Horsley. It was a very good day.

Kavey said…
I loved eating beef in Argentina, and Pete rather enjoyed teaming it with the local wine.

I wish we'd had longer there, just a couple of nights in Ushuaia and 3 nights in Buenos Aires. And it was December and so melty hot I hid in the hotel room for part of each day.

Would love to go back!