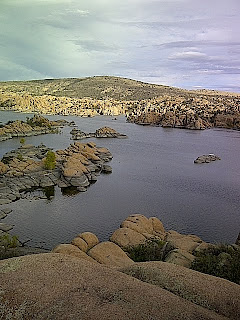 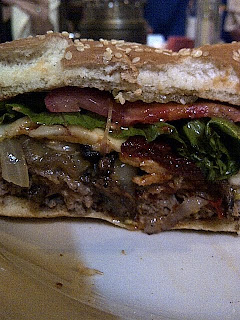 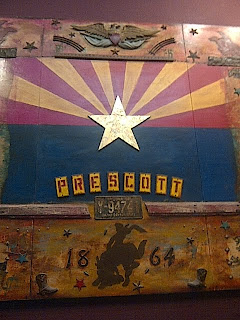 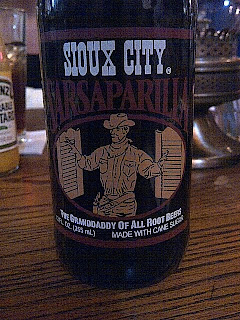 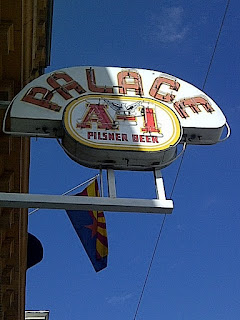 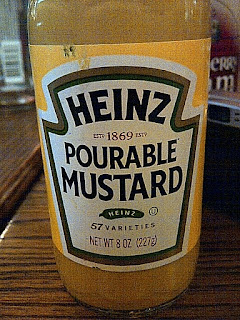 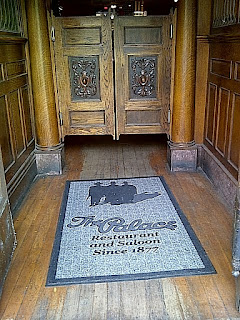 'It's perfect here.' If I had a dollar for everytime a resident of Arizona had told me that - or words to that effect - in the last 24 hours, I'd have... Well, three dollars. But you can see the appeal.

I'm currently in Prescott - pronounced Pres-kit by the locals and like the rotund nonsense-spouting Labour man by visitors and newcomers - and it's a charming little spot. The average age is, apparently, over 50 as the climate - nicely warm all year round, bugger all rain, pleasant levels of humidity - make it highly appealing. It is, perhaps, a little twee; on first walk through, it appears easier to buy a souvenir desk sign, a cowboy hat or some funky popcorn than it does groceries or a pair of jeans. But hey, while I wouldn't want to live there (but ask me again in, er, seven years) it's a perfectly lovely spot to while away a few days. Local pride is obvious, the pace of life is instantly relaxing and while I'm still not convinced by caramel-covered cheese popcorn, they know how to mince a decent bit of Aberdeen Angus and smother it in cheese and spicy stuff. And that, my friends, is the definition of civilised.

The photos are from lunch at The Palace, which is like stepping into a Western - down to the good time girl (a dummy, happily) overlooking the dark woods, guns and cowboy memorabilia. And in that sort of scenario, what else can you do but sip on a sasparilla (still not sure, but sort of root-beery), sprinkle on their own brand of hot sauce and consume a large chunk of cow in a bun?

Whether it was the best preparation for an hour of canoeing around a spectacularly beautiful lake is debatable (the 'almost impossible to capsize' declaration made by Dave, our kayaking expert, got a thorough test, that's for sure) but it was a fine, non-sinky sort of afternoon. It probably doesn't justify dinner either but hey, when has that ever stopped me?