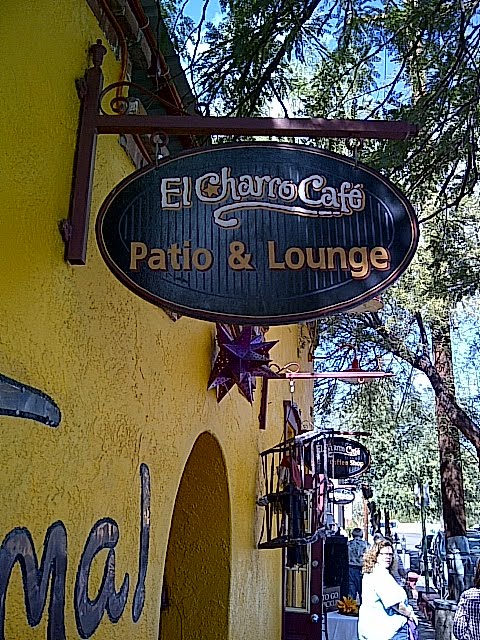 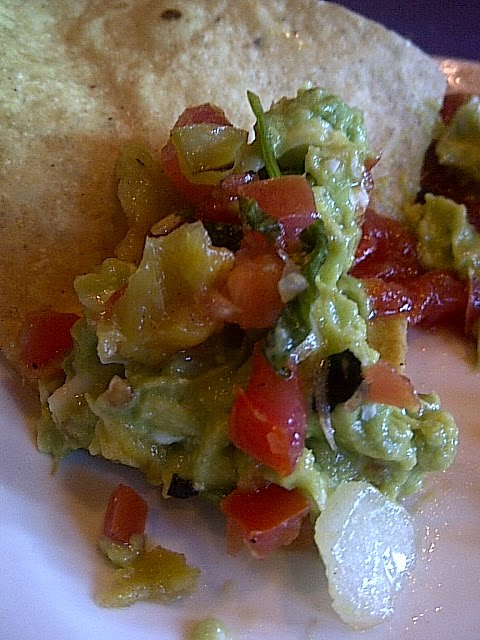 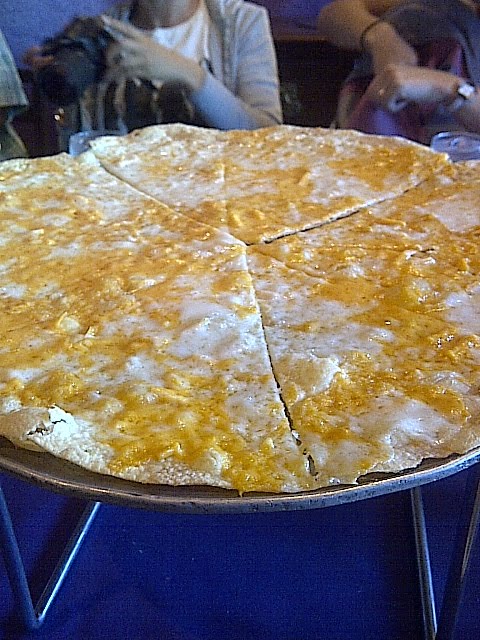 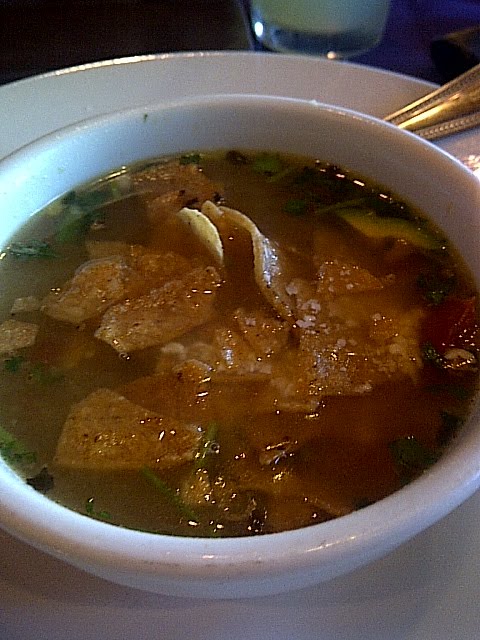 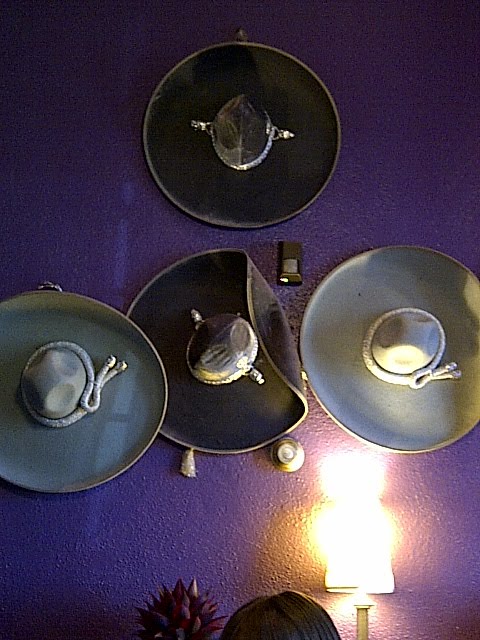 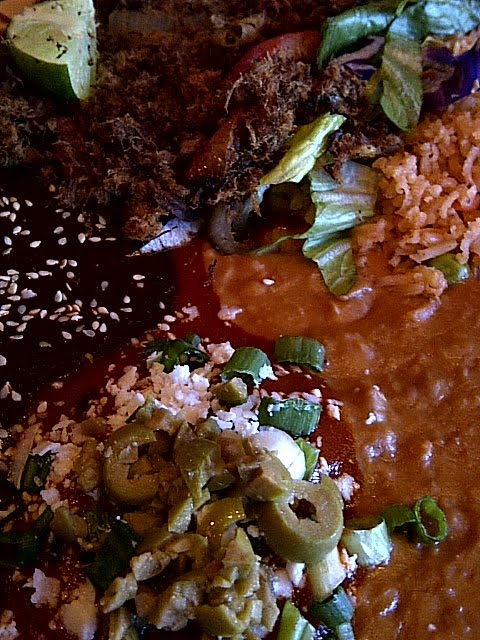 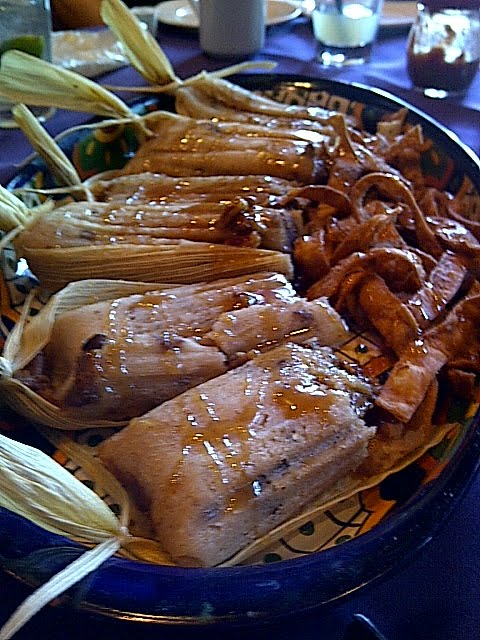 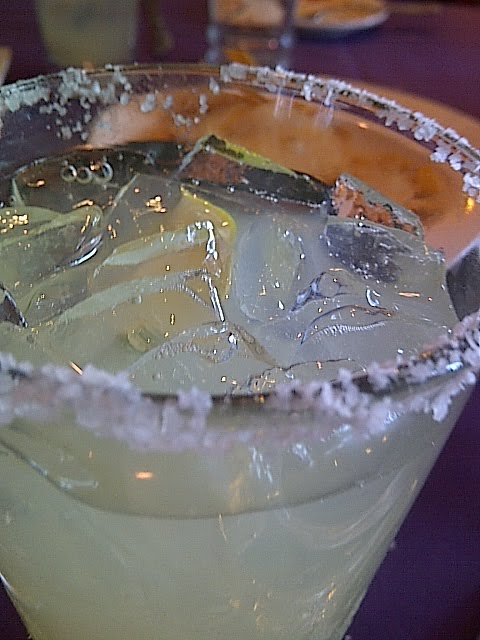 When a restaurant has run since 1922, chances are it's doing something right. Tucson's El Charro is the 89-year old in question and, yes, they're doing something right. Hell, if the plates we were served today are indicative of El Charro's whole menu, they're doing everything right.
In preparation for this lunch - Mexican food the closest I've (yet) been to Mexico - I skipped breakfast, instead nursing a coffee on the balcony, while watching hummingbirds flit about oh so prettily in the sun. The appetite was boosted by a gentle walking tour of Tucson, which is a fascinating and rather pretty place. Well, certainly Downtown, which is full of funky old buildings, many of which have been turned into trendy hang outs... Or, in the case of Hotel Congress, remains as ubercool as it's always been.

After a wander, some fine ghostly tales at the Congress and an all-too-short trip to a rock and roll photo exhibition (which, among other things, reminded me how bloody good Bjork's Big Time Sensuality was - and how bizarrely adorable she was in the video(s)) the local history took on an edible theme as we came round the back of El Charro. That way, we could see the cages of beef that they leave drying outside for their signature carne seca.

That, like everything else, was punchily flavoured and 'simple' - but the kind of simplicity that implies (and undoubtedly involves) painstaking levels of preparation. Tortilla chips were crisp, light and a perfect vehicle for the sassy, boldly garlic-heavy, downright gorgeous, drinkable-by-the-pint salsa. Guacamole was unadulterated save for, I believe, coriander and lime, which let the avocados sing. Cheese crisp - essentially a huge crisp tortilla base covered in cheese and grilled - was as crazily good as the description sounds.

And then it got better. Tortilla soup rivalled Dean Fearing's more complex version from last year (a Feb post - as useful as this e mail blogging is, I can't do links). Chicken mole was silky, warming and rich, the chocolate evident but not overpowering... This tasted like a mole with history. Rice and beans satisfied in their unflashy, but perfectly cooked / deeply flavoured way (which no doubt means years of practice and a grasp of spices and seasoning most of us can nly dream of). Underneath those sat a tasty little corn fritter with the texture of a good Thai fish cake and admirably lacking in greasiness. And then there was the carne, the dried meat falling apart in deeply flavoured, spicy strands that defied all logic. Well, all my western, English logic anyway.

As we attempted to squeeze in rich, sweet mouthfuls of pumpkin and pecan tamales, the current owner told us charming, very affectionate tales of her great aunt Monica Flin who founded the restaurant, beat the Great Depression, neatly avoided Prohibition (the old booze in a teapot trick), spoiled 28 god children and vast numbers of nephews and nieces and just enjoyed life to the full. I'll raise a glass - salt-rimmed, of course - to that.
Sent using BlackBerry® from Orange