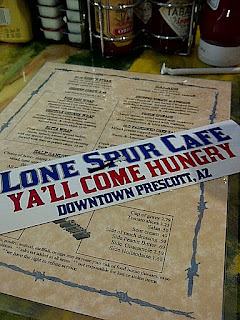 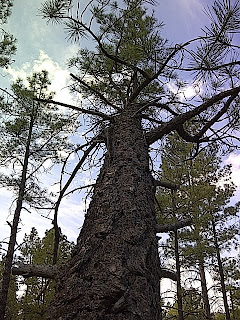 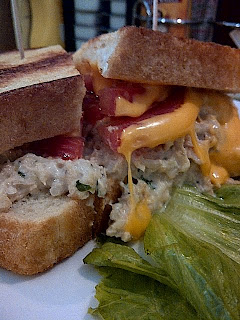 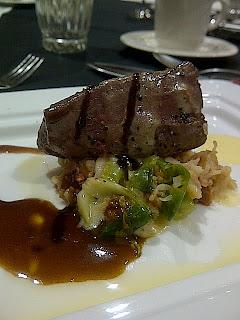 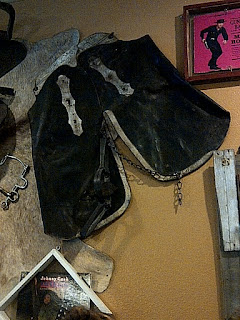 Today has been a day for American classics and spice. In the case of breakfast and a fine, messy, almost shirt-staining Huevos Rancheros at the hotel, it was both.

You have to like a kitchen that offers two 'grades' of HR: green or red. Green is the mild, red 'has some spice to it' warned the waitress. She wasn't kidding. Some places virtually apologise in advance for chilli heat but then ignore a dish's heritage and turn it into something indifferent and polite. Not the case here. Eggs were rich, bright yellow and gleefully runny, the tortilla crisp and light and, one assumes, freshly made, while the sauce and meat packed the sort of punch that'll wake you up more then a double ristretto in a cold shower..

To be fair, we probably shouldn't have been hungry after five mostly impressive courses at Icha Maajoh last night. The stand out was the alleged main, a loin of young venison, served with matchsticks of colourful winter vegetables and on a 'salad' (my word, not theirs) of Brussels sprout leaves. I'd had venison and sprout leaves in Houston last year and it's a very good combination. This was better for two reasons. The first was pancetta, the crispy / chewy saltiness always a great foil for sprouts. The second? Hands up who said chestnuts? Wrong although, to be fair, that would have worked. Intriguingly - and doctor-worryingly - Chef Adams had thrown some nuggets of exquisitely cooked lobster into the mix. It may not have done much for my cholestrol but my tastebuds did a little bit of a Snoopy dance.

Happily - and necessarily - the morning then involved a gentle hike around the Highlands Center, a wander around the Phippen Museum (an excellent collection of cowboy artists, including some stunning bronzes) and another, brisker hike around some spectacular scenery. And then we undid all the good with a classic diner lunch at Prescott's charming Lone Spur Cafe, the sort of local eaterie you've seen in a thousand movies. Big salads, onion rings, soup (chipotle chicken), pastrami sandwiches and burgers filled the table. For me though, I resisted the lure or the French Dip (even with memories of Meateasy's version ringing in my mind) and snarfed a grand, messy, oozing Tuna Melt. It needed a little livening up but that was easy as Lone Spur is the kind of place to offer Tabasco, Chipotle Tabasco and Cholula sauces on the table. For that alone I'd applaud them, let alone for the excellent cheery service, the calorific delights of the huge portions, the regular soft drink top-ups and the cowboy-themed surroundings. Quite literally a fine bunch of chaps...