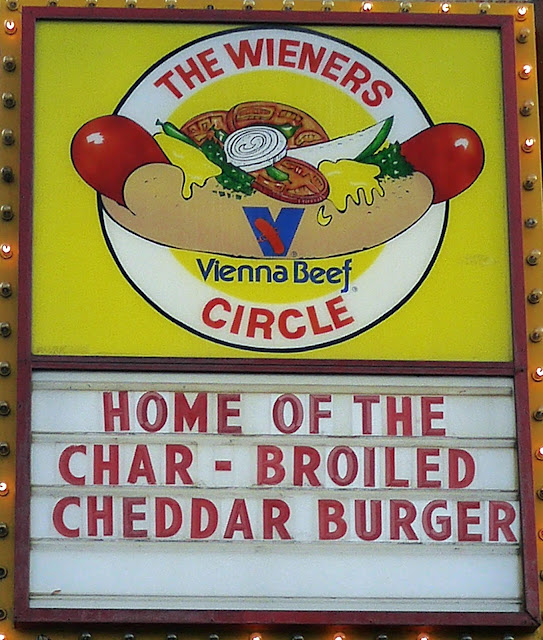 Sometime ago, James "Pizza Pilgrim" Elliot and I were in St John's, eating random bits of animal with a couple of chefs and fellow food people (NOT "foodies", NEVER "foodies") and discussing the merits of certain pizzas. The joys - or otherwise - of the Hawaiian caused great debate, and then we got onto the subject of the deep dish. James admitted he'd never been to Chicago. I had to say the same. And thus an idea was born...

It took about two years to make the trip a reality and you can read all about it in the current issue of Foodism. And you should. It was a fun, if calorie-heavy few days. The thing is, there were several things I had to cut from the original draft, some for length, some because they just didn't sit with the key theme of the story.

Over the last couple of months, I've run into a surprising number of people (i.e., more than one, and not related to me) who asked why I didn't blog any more. There were various reasons for that but they'd all make a very boring, self-indulgent post so I'd suggest plying me with Guinness if you want to know those. However, three years on, feeling a bit more established, and having had those people say very nice things about how they missed it, I thought... yeah, why not? Not least because it's an outlet I control, which means I don't have to edit for length, can write about stuff I like without having to find a commission AND that I have a home for all those anecdotes that don't quite work elsewhere.

Day Two in Chicago was a full-on experience. James, his brother Thom and I had our list of deep dish targets to hit and figured, well, if we tick them all off asap, that's the "obligations" done, which frees up the rest of the week to explore other local recommendations. It also made the comparison between these pies slightly easier although that sounds a lot more professional and organised than it actually was.

Between Pequod's and Chicago Pizza and Oven Grinder, however, we found ourselves in Lincoln Park, home to another Chicago legend: The Wiener's Circle. You can't turn down a hot dog in such circumstances, even if we were a little early for their peak time of queues and comedy abuse. 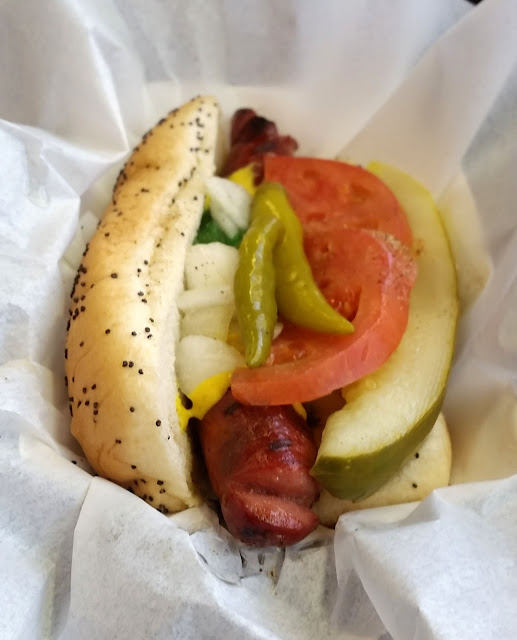 We ordered the char dog, a Wiener's classic. On the counter, there's a "tank" of Heinz Tomato Sauce: think five litres' worth with a pump-action dispenser. James looks at the dog, and looks at the sauce. He looks at us. He looks at the lady behind the counter. Do we? Don't we? The ketchup is clearly there for a reason so, perhaps, we should...

Our server fixes James with a look so withering it would have folded lesser men. I don't recall if she was wearing glasses but , if she was, this is the point she would have been looking disapprovingly over them. And then, with a shake of the head, she spoke and, in doing so, gave us a catchphrase for the trip and the six months since, and a lesson for life.

"You gonna fuck it up with ketchup."